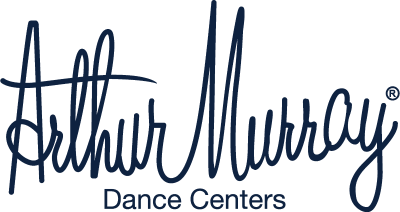 Arthur Murray® has been teaching the world to dance for over 100 years. It’s legacy continues to grow, and its passion for changing people’s lives through dance still holds strong.

Arthur Murray, born Moses Teichman on April 4 in 1895, was a pioneer in the dance industry. He believed that dancing was something that should be available to anyone and everyone.

He tried to reach the public in many different ways, so as to teach them how to dance. He taught them in person, he mailed lessons using a kinetoscope, he also sent out footprint diagrams through the mail, and had a strong following through his television show “The Arthur Murray Party”.

He began teaching in 1912 in New York City. He married his dance partner Kathryn in 1925. Together they turned his name into a household name.

In the late 1930s they made two dances, the “Lambeth Walk” and “The Big Apple”, extremely popular. At one point Arthur Murray had a 6 story dance studio in New York City that employed 100 dance instructors.

Today there are over 260 Arthur Murrays® in 21 different countries. To have a full understanding of the wonderfully rich history of the Arthur Murray® Dance Centers, please visit arthurmurray.com/history/.

Get the latest updates from Arthur Murray Dance Center of Georgetown!